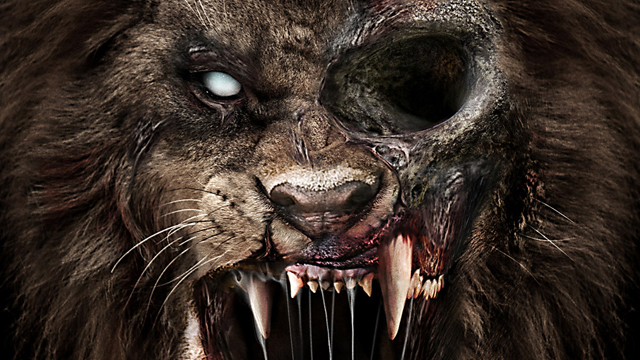 This weekend I sat down and watched three “films” recently released. Two I caught on VOD and one is a new release to Netflix. I had a kid-free couple of days and was ready to settle down with some good horror and do a write up for the website. Let’s see how successful I was with my weekend viewing.

First I sat down and watched Bite directed by Chad Archibald. I hated this fucking movie. This is the kind of shit movie that drives me nuts. Let’s throw a bunch of garbage on the screen with some gross special effects and hope the audience forgets that we never provided any logic or explanation behind what you just saw. A bunch of asshole girls go on a bachelorette party and our main character, Casey (Elma Begovic), who spends the whole weekend complaining that she is not ready to get married, gets bit by some bug and dire repercussions follow. Viewers never find out the origin of this bug, or why its bite causes the reaction Casey has. Nothing. Just her saying “Ouch, I got bit” while swimming. That’s it. What a bunch of bullshit. After she gets back from her getaway, viewers are introduced to some more unlikable characters that we could care less about, her fiancée and her future mother-in-law. The future mother-in-law is an especially grating unrealistic assbag. For the rest of the running time we encounter Casey’s mental and physical breakdown, with more anxiety regarding Casey’s nuptials and her metamorphosis. Her bite becomes a pus filled mess and her sleeping habits change, with her seemingly being able to sleep underwater. Once again we get no explanation or reason for this; just Casey wondering if she should go to a doctor. Guess what shithead… you should! Her apartment inexplicably gets filled with eggs and becomes her nest. People walk in to this nest as if it’s no big deal. If any normal person walked into an apartment and saw this, they would run out screaming— not in this film. The characters moronically venture in seemingly oblivious to the shitshow surrounding them. If you didn’t get it, I hated this fucking movie. Unlikable characters, horrible script, and zero explanation leads to a huge waste of time. Reports from the Fantasia Film Festival are that people fainted and that an ambulance was called to the theatre after a patron trying to run out of the cinema hit their head. I can only imagine that the unfortunate person was banging their head against the wall and injured themselves after watching this hunk of shit.

So after wasting my Saturday morning with Bite, I woke up Sunday morning with a decent hangover ready for some more mindless entertainment, and I got it with The Horde (2016). The Horde is brought to us by director Jared Cohn, director of Bikini Spring Break. Its writer-star, Paul Logan, proves to be a likable hero, as his goofy earnest charm balances out his less than stellar acting ability. He provides his character, as well as the others, with enough moments where we have an idea of who they are and whether we care if they live or die. We get a cameo from Don “The Dragon” Wilson, in a non-role as a doomsayer. I couldn’t figure out what he was doing in the movie, but after finding out our hero-writer has a martial arts background, I am assuming that’s the connection; and Don jumped in for a quick payday. Bill Mosely plays a bar owner, Nestor Serrano is the sheriff and Vernon Wells, of Road Warrior and Commando fame, has a great bit as one of the cannibals who gets to describe in graphic detail the type of human flesh he prefers and why. The barebones plot is that a group of students go on a camping trip and run afoul of Costas Mandylor and his group of meth making, inbred, cannibalistic mutants. Mr. Logan gets to put his Navy Seal skills to the test, as he battles them in grand 80’s fashion. The film feels a little uneven and tonally all over the place, going from full blown horror and gore, to survival thriller; but overall it worked for me. The effects were good and the deaths were shockingly brutal at times, with the Vernon Wellls cameo being the highlight. A perfect no brainer for a hungover Sunday afternoon. Not a classic by any means but good mindless fun. I hope to see 80’s throwback Paul Logan in future projects.

Now onto The Asylum’s Zoombies which I was looking forward to because of its awesome title and cheesy premise. I always know what I’m going into with The Asylum’s product, so my expectations are extremely low. I secretly look forward to their latest cheesefests because I usually find myself having a lighthearted, playful time with the awful CGI and ridiculous cameos. Unfortunately, this one had no cameos, beyond horrible CGI and was not as fun as some of their other entries. A virus, which I couldn’t really understand, infects the animals and they go batshit. We encounter questionable parenting skills, the usual illogical decisions, zombie monkeys, apes, giraffes, lions and even koalas. The CGI is even worse than normal, most notably in the laugh-out-loud elephant riding scene and the zip lining sequence. I did not hate this as much as Bite, but without the B-celebrity cameos, the enjoyable factor that accompanies The Asylum’s releases was lacking. This one is barely worth a watch… but what a great fucking title!

So as a wrap up, I wasted a lot of time this weekend watching three films that were questionable. Why even make the movie in the first place? The Horde had its moments, but is not something to spend hard earned money on. Wait for a Netflix release. As for Bite, that film should be taken out back and shot. Zoombies is a step down for The Asylum… if that is possible.