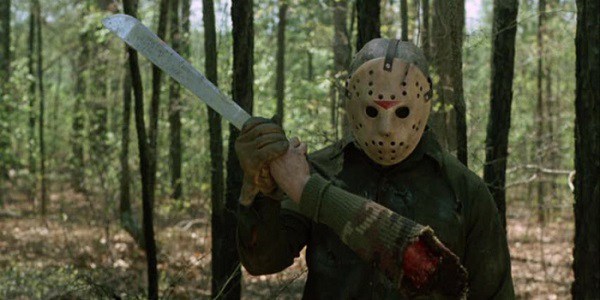 Jason Voorhees is not only a staple in the horror realm, but in popular culture as well.  He’s a machete swinging, hockey mask wearing, semi-supernatural maniac, notorious for slaying liberated teenagers and camp councilors at Camp Crystal Lake. He is the slasher of all slashers; even Freddy couldn’t beat him (although outside of Freddy Vs. Jason, this is extremely debatable). The infamous breathing sound is a trademark  with resonance, recognizable on the level of the opening notes to the family sitcoms, Full House, The Simpsons, or The Fresh Prince of Bel-Air. Jason is so bad-ass, he “takes over” Manhattan, in one of the most cheesiest, yet splendorous, chapters in the film series; ah, nothing like a guitar to the face.

The Friday the 13th mythos is a unique one. In the original film, he is not the killer. Pamela Voorhees, Jason’s mother, is a murdering camp-cook and the antagonist. Jason drowned at camp when he was a boy, and she is avenging his name. Jason is seen in the final sequence of the film, as a child, rising from the lake, but it is supposed to be a “dream.” In the second film, the psycho killer everyone has grown to love becomes the central antagonist, and does throughout the rest of the series. He is also a mama’s boy, as he saves his mother’s severed head in a mini shrine— how sweet!

The Friday the 13th film franchise is one of the more superior, especially when juxtaposed with extended film series peers like Hellraiser, Leprechaun, Children of the Corn, and so on. Regardless of the camp factor (pun intended) in most of the installments, they’ve all been entertaining, engaging and mysterious, to say the least. Although the plot logic may not make sense after the first few films, they are still energetic and exciting. The fact we do not know what Jason exactly is (there is a damn good evidence he is a deadite from the Evil Dead series); is alluring, and he is extremely fascinating in physical and psychological nature.

The F13th film series and the “iconic” Jason Voorhees are some of the more interesting in the horror collective. Tune in to the Spike network today (a marathon, woo-hoo), even if only for a few scenes, and enjoy a one-of-a-kind 80’s throwback that none can replicate.